Wine-growing has a long tradition in Nalles, and can be dated back to the Roman times where it was known due to its position along the trade route: Via Appia.

Nalles gained enormous value as a wine growing area, thanks to a testamentary disposition from the Cathedral of Augsburg college stating that Bishop Ebriko purchased an estate with four neighbouring farms.

The Campi estate was built on the site of today’s winery, and its ancient cobblestones can still be seen in the new premises today, forging the link between past and present.

The Nals winery was founded, with 34 members led by Alois Busetti

The Margreid-Entiklar winery was founded

The first Export to Germany 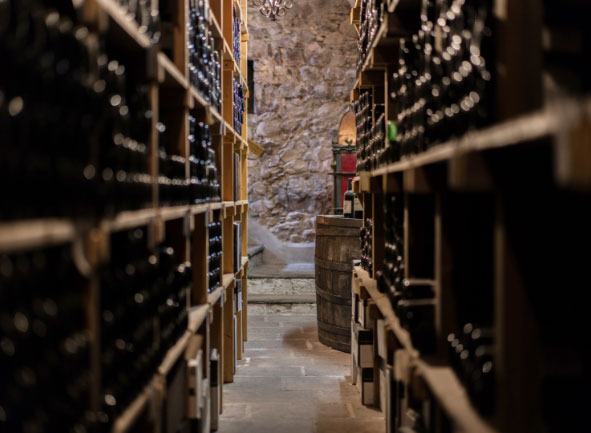 The Nals and Margreid-Entiklar wineries were merged, continuing to contribute to the history of wine under the name Nals Margreid

First visit to Vinitaly, the International Wine Exhibition in Verona

The premises were renovated and extended: a gentle transition to modern architecture and to adapt the exterior to the sublime essence of the wines.

The historic estate of the winery was carefully renovated and transformed into the headquarters, with presentation rooms, the Enoteca 1764 and the administrative centre.

160 hectares of vineyards, 138 members, 14 regions. Together, we want to carry on making history at Nals Margreid, one success after another.